Gold cross with a red rose in the center, the cross represents the human body with the rose symbolizing the evolving human soul.

Philosophical, initiatory and traditional, non-religious and apolitical global movement, open to men and women of all races, religions and social positions.

To perpetuate the philosophical teachings of Rosicrucians handed down over the centuries; teachings pertaining to the mysteries of the universe, nature and humans themselves.

The Rosicrucian tradition dates back to the mystery schools of ancient Egypt during the Eighteenth Dynasty, around 1500 BCE. In those schools, whose existence is now recognized by most historians and Egyptologists, Initiates gathered to study the mysteries of creation; hence the word “mysticism”, literally meaning “study of the mysteries.”

Over time, that study gave birth to a gnosis which was transmitted to Ancient Greece, the Roman Empire, Europe of the Middle Ages, and finally received by the Rosicrucians of the seventeenth century.

From a purely historical perspective, the Rosicrucians lifted their anonymity briefly in 1623 when they made themselves known in France through placards displayed in the streets of Paris: “We, the Deputies of the principal college of Rosicrucians, do visibly and invisibly make known our stay in this city … “. A few years earlier, they had published three Manifestos for the thinkers of their time: the “Fama Fraternitatis” (1614), the “Confessio Fraternitatis” (1615), and the “Alchemical Wedding of Christian Rosenkreutz” (1616).

In March 2001, A.M.O.R.C. published a fourth Manifesto, the “Positio Fraternitatis Rosae Crucis” followed by another in 2014, the “Appellatio Fraternitatis Rosae Crucis.” During the 18th Century, there were close links between Rosicrucians and Freemasons, but the two organizations are today entirely independent of each other. Since the early 20th Century, A.M.O.R.C. has sponsored the Traditional Martinist Order, a movement based on the thoughts of the French philosopher Louis-Claude de Saint-Martin (1743-1803).

In 1909, the American esotericist Harvey Spencer Lewis (1883-1939), who had been interested in Rosicrucianism for several years, went to Toulouse, France, to meet the Rosicrucians of France where the Order was on the verge of becoming dormant. They initiated him and entrusted him with the mission to reactivate the Order in the United-States, so it could be reintroduced later in Europe when circumstances would be more favorable (the First World War was already looming on the horizon). Harvey Spencer Lewis fulfilled that mission and gave the Order the name “Antiquus Mysticusque Ordo Rosae Crucis” (Ancient and Mystical Order of the Rose Cross), in order to highlight its historical and traditional origins. After the Second World War, A.M.O.R.C. gradually spread worldwide.

A.M.O.R.C. currently extends to the whole world. It includes several jurisdictions, each of them covering multiple countries sharing the same language. There are therefore jurisdictions for the German, English, Spanish, French, Italian, Greek, Russian, Scandinavian, Japanese, etc., languages. The headquarters of each jurisdiction, traditionally referred to as a “Grand Lodge”, is headed by a Grand Master elected for a renewable five-year term. Overall, the Order is supervised by a Supreme Council. The latter consists of the Grand Masters of all jurisdictions and is chaired by the Imperator, who is also elected for a renewable five-year term. (The term “Imperator”, which was already used in the eighteenth century, is derived from the Latin phrase “Imperare sibi”, which means “Master of himself”).

Until 1909, the Rosicrucian teachings were transmitted only by word of mouth, and in places that were kept secret. That is why the Order was once regarded as a so-called ‘secret society.’ Since then, the Order’s teachings have been put in writing and are available today in the form of monographs sent each month to members or which members can access on the Internet. The teachings are spread over twelve degrees, each of which is devoted to the study of major philosophical or mystical topics such as the nature of the Divine, the origin of the Universe, the structure of matter, the concepts of time and space, the laws of life, the goal of evolution, the human soul and its attributes, the phases of consciousness, psychic phenomena, the mysteries of death, the afterlife and reincarnation, traditional symbolism, etc. They contain also a number of experiments devoted to learning some fundamental techniques in mysticism such as relaxation, concentration, mental creation, meditation, spiritual alchemy, etc.

In addition to the written lessons they study at home, Rosicrucians who so wish may meet in Lodges and participate in group work. The purpose of these meetings is to allow everyone to participate in free exchanges on cultural and philosophical topics. It is also in such places that Rosicrucian initiations are conferred. Although not mandatory, such initiations are recommended because of their spiritual interest. Note also that the Rosicrucian Order holds regular conventions, during which its members can participate in regional, national, international or global gatherings. Whatever the scale, all of them provide a framework for mystical and fraternal activities. 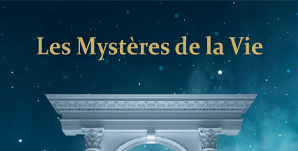 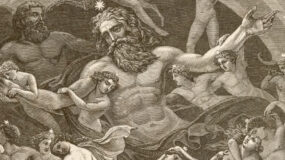 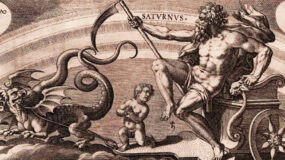 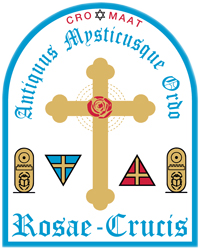 This website uses cookies to improve your experience while you navigate through the website. Out of these cookies, the cookies that are categorized as necessary are stored on your browser as they are essential for the working of basic functionalities of the website. We also use third-party cookies that help us analyze and understand how you use this website. These cookies will be stored in your browser only with your consent. You also have the option to opt-out of these cookies. But opting out of some of these cookies may have an effect on your browsing experience.
Necessary Toujours activé
Les cookies nécessaires sont absolument essentiels pour que le site fonctionne correctement. Cette catégorie inclue uniquement des cookies qui assurent les fonctionnalités de base et les outils de sécurité du site. Ces cookies ne conservent aucne information personnelle.
Non-necessary
Tous les cookies n'étant pas particulièrement nécessaire pour le fonctionnement du site et qui sont utilisés spécifiquement pour collecter des données personnelles des utilisateurs via analytics, pub, ou autre contenu embeded sont nommés comme cookies non-nécessaires.
Functional
Functional cookies help to perform certain functionalities like sharing the content of the website on social media platforms, collect feedbacks, and other third-party features.
Performance
Performance cookies are used to understand and analyze the key performance indexes of the website which helps in delivering a better user experience for the visitors.
Analytics
Analytical cookies are used to understand how visitors interact with the website. These cookies help provide information on metrics the number of visitors, bounce rate, traffic source, etc.
Advertisement
Advertisement cookies are used to provide visitors with relevant ads and marketing campaigns. These cookies track visitors across websites and collect information to provide customized ads.
Others
Other uncategorized cookies are those that are being analyzed and have not been classified into a category as yet.
Enregistrer & appliquer
Propulsé par